At the airport, you have to take a dedicated bus to go to the closest city: Saint Louis (in France) where you can take the train to Mulhouse.

Be careful, google maps may advise you to go to Bale to take a train to Mulhouse.
Notice that Bale is in Switzerland.

Take the bus (line 11 ).
Line 11 will bring you in 5 minutes to Saint Louis train station from the airport .
There is a bus every 20 minutes in front of the main exit of the airport. The ticket cost 2,5 euros. See timetable here: https://www.distribus.com/uploads/ligne11.pdf

At Saint Louis train station you can take the train to Mulhouse city.
There is a train every 30 minutes. The ticket cost 10 euros. 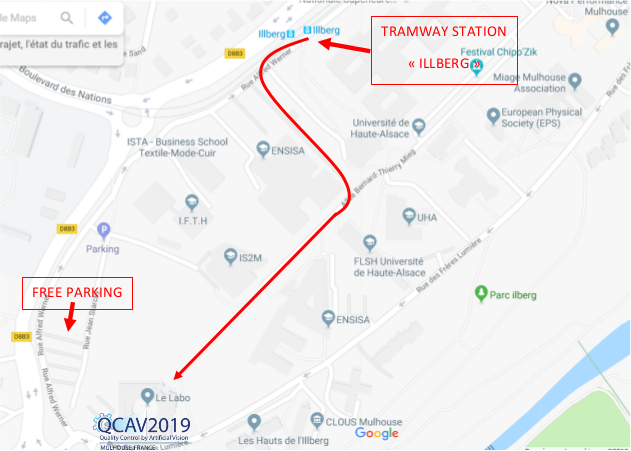 Mulhouse (pronounced [myluz]) is a city in eastern France, close to the Swiss and German borders with a population of 112,063 in 2013 and 284,739 inhabitants in the metropolitan area in 2012, it is the largest city in the Haut-Rhin département, and the second largest in the Alsace region after Strasbourg. Mulhouse is famous for its museums, especially the largest automobile and railway museums in the world. An industrial town nicknamed « the French Manchester ».

Mulhouse’s climate is temperate oceanic, but its location further away from the oceans give the city colder winters with some snow, and often hot and humid summers, in comparison with the rest of France.

The Journal of Electronic Imaging (JEI) will organ...

Ivo Ihrke is currently a researcher at Carl Zeiss ...

Pascal Picart is a Professor at Le Mans Université...